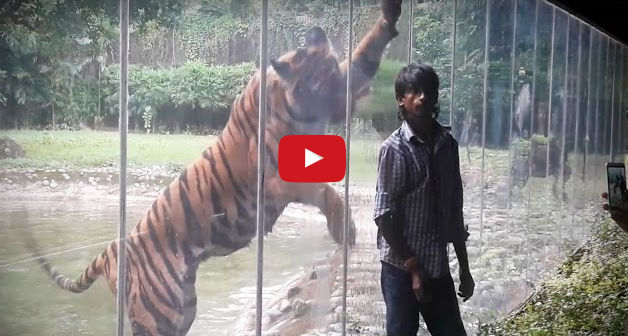 
Most Amazing Animal Attacks, we have all heard the warnings when it comes to animals of prey. Most of us will never get close enough to these behemoths to have to worry about heeding such warnings. There are always a few thrill seekers among us though and working with wild animals is undoubtedly suited to those with a zest for the more dangerous side of life. From the majestic lions and cheetahs of the African plains to the saltwater crocodiles of Northern Australia to North America’s Grizzlies, it is not hard to see how a crew can become utterly captivated by these wild creatures, forgetting that they are essentially dinner in the eyes of these predators. Of course, there are exceptions. We have all seen clips of ‘The Lion Hugger’ Kevin Richardson, some of us admittedly, holding our breath as he play fights with his gigantic lion pals in the South African plains. For many others working with wildlife though, things have taken a turn for the worst while capturing their subjects out in the wilderness or in the confines of wildlife centres. Most of us will remember the tragic death of conservationist and presenter Steve Irwin who was stabbed by a stingray while filming a ********ary


on the Great Barrier Reef in Queensland. Most Shocking Animal Attacks On Humans, it is most often the case that most amazing animal attacks against humans occur when animals feel threatened and are defending their territory and their young. Wildlife management expert at the Berryman Institute of Utah State University Michael Conover has stated that the main cause of most amazing animal attacks on humans is due to the encroachment of humans into animal habitat. He has stated that people will ‘get as close as they can [to wild animals]’ in the name of a good photograph. So we touch on the dark side of wildlife filmmaking and photography which leads production teams go to great lengths to get the perfect shot – the one with the greatest shock value – often deceiving their viewers and endangering animals in the process.