About Egypt – an Overview of Egypt

Egypt is probably the world’s oldest civilization having emerged from the Nile Valley around 3,100 BC, historically. Egypt is probably one of the oldest vacation spots. Early Greeks, Romans and others went there just for fun, and to see the wonders of some of mankind’s earliest triumphs. But Egypt is much more than Pyramids and monuments. It is also Red Sea scuba diving, hot night spots, luxury hotels and five star restaurants. It is romantic cruises down the Nile on festive river boats, a night at the grand opera and it is a cultural experience like none you have ever experienced. Egypt is a land bustling with life, sound, visual beauty and excitement. More than anything else, we want you to think of Egypt as fun. For thousands of years, it has been the playground of emperors and kings, and we hope you will take the time to find out why.

The Flag of Egypt

The first national flag of modern Egypt was established by a Royal Decree in 1923 when Egypt gained conditional independence from Great Britain in 1922. The color was green with a white crescent and three stars in the middle. In 1958, a Presidential Decree established a new flag for the United Arab Republic which comprised a merger of Syria and Egypt. The new flag had three colors: red, white with 2 green stars and black. The flag was rectangular in shape and the width was one-third of its length. In 1972, the Law was amended to change the flag. The stars were removed from the flag and replaced by a golden hawk. In 1984, the hawk was replaced by a golden eagle on the eagle of Saladdin, the Ayubbid Sultan who ruled Egypt and Syria in 12th Century, the same Saladdin of the Crusades.

The color red refers to the period before 1952 Revolution which brought a group of army officers to power after deposing King Farouk, then King of Egypt. This was a period characterized by the struggle against the British occupation of the country. The white symbolizes the advent of the 1952 Revolution which ended the monarchy without bloodshed. The color black symbolizes the end of the opression of the people of Egypt at the hands of the Monarchy and British colonialism.

Rules Governing the Hoisting of the Flag

The national flag is hoisted on all governmental buildings on Fridays, official holidays, on the inauguration of the Peoples Assembly session and other occasions on which the Minister of Interior orders that the flag be hoisted. The flag is hoisted daily on border posts and customs buildings. It is also hoisted on Egyptian consulates and embassies overseas on the National Day and other national occasions, as well as during the visit of the President to the country hoisting the diplomatic mission.

Penal Provisions for Contempt of the Flag

Abusing the flag in any way is a criminal offense and is punishable under law as it implies contempt of the power of the state. Penal provisions also govern abuse of foreign flags or national emblems of other countries.

The National Anthem (Hear it)

Words and Music by Sayed Darwish. This national anthem was adapted after 1979. Prior to that, the National Anthem was “Walla Zaman Ya Selahy” (Oh, My Weapon) with words by Salah Shahyrn and Music by Kamal Atawyl.

The regularity and richness of the annual Nile River flood, coupled with semi-isolation provided by deserts to the east and west, allowed for the development of one of the world’s great civilizations. A unified kingdom arose circa 3200 B.C. and a series of dynasties ruled in Egypt for the next three millennia. The last native dynasty fell to the Persians in 341 B.C., who in turn were replaced by the Greeks, Romans, and Byzantines. It was the Arabs who introduced Islam and the Arabic language in the 7th century and who ruled for the next six centuries. A local military caste, the Mamluks took control about 1250 and continued to govern after the conquest of Egypt by the Ottoman Turks in 1517. Following the completion of the Suez Canal in 1869, Egypt became an important world transportation hub, but also fell heavily into debt. Ostensibly to protect its investments, Britain seized control of Egypt’s government in 1882, but nominal allegiance to the Ottoman Empire continued until 1914. Partially independent from the UK in 1922, Egypt acquired full sovereignty following World War II. The completion of the Aswan High Dam in 1971 and the resultant Lake Nasser have altered the time-honored place of the Nile River in the agriculture and ecology of Egypt. A rapidly growing population (the largest in the Arab world), limited arable land, and dependence on the Nile all continue to overtax resources and stress society. The government has struggled to ready the economy for the new millennium through economic reform and massive investment in communications and physical infrastructure.

Northern Africa, bordering the Mediterranean Sea, between Libya and the Gaza Strip, and the Red Sea north of Sudan, and includes the Asian Sinai Peninsula

slightly more than three times the size of New Mexico

Maritime claims – as described in UNCLOS 1982 (see Notes and Definitions):

18 years of age; universal and compulsory

chief of state: Currently there is no Chief of State, as elections will be held in September 2011. Until February 11, 2011 it was President Mohammed Hosni MUBARAK (since 14 October 1981).
head of government: Prime Minister Essam Sharaf
cabinet: Cabinet appointed by the president
elections: president nominated by the People’s Assembly for a six-year term, the nomination must then be validated by a national, popular referendum; national referendum last held 26 September 1999 (next to be held NA October 2005); prime minister appointed by the president

note: formation of political parties must be approved by the government

despite a constitutional ban against religious-based parties, the technically illegal Muslim Brotherhood constitutes MUBARAK’s potentially most significant political opposition; MUBARAK tolerated limited political activity by the Brotherhood for his first two terms, but moved more aggressively since then to block its influence; civic society groups are sanctioned, but constrained in practical terms; trade unions and professional associations are officially sanctioned

Diplomatic representation in the US:

Diplomatic representation from the US:

Lack of substantial progress on economic reform since the mid 1990s has limited foreign direct investment in Egypt and kept annual GDP growth in the range of 2-3 percent in 2001-03. Egyptian officials in late 2003 and early 2004 proposed new privatization and customs reform measures, but the government is likely to pursue these initiatives cautiously and gradually to avoid a public backlash over potential inflation or layoffs associated with the reforms. Monetary pressures on an overvalued Egyptian pound led the government to float the currency in January 2003, leading to a sharp drop in its value and consequent inflationary pressure. The existence of a black market for hard currency is evidence that the government continues to influence the official exchange rate offered in banks. In September 2003, Egyptian officials increased subsidies on basic foodstuffs, helping to calm a frustrated public but widening an already deep budget deficit. Egypt’s balance-of-payments position was not hurt by the war in Iraq in 2003, as tourism and Suez Canal revenues fared well. The development of an export market for natural gas is a bright spot for future growth prospects, but improvement in the capital-intensive hydrocarbons sector does little to reduce Egypt’s persistent unemployment.

Communications
Telephones – main lines in use:

Egypt and Sudan retain claims to administer the triangular areas that extend north and south of the 1899 Treaty boundary along the 22nd Parallel, but have withdrawn their military presence – Egypt is economically developing and effectively administers the “Hala’ib triangle” north of the Treaty line

transit point for Southwest Asian and Southeast Asian heroin and opium moving to Europe, Africa, and the US; transit stop for Nigerian couriers; concern as money-laundering site due to lax financial regulations and enforcement 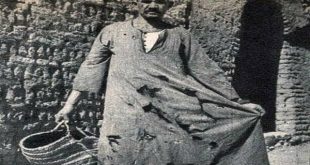